The Main Reason We…
Love was true if it conquered all odds, stayed without reasons, perhaps scarred through mistakes... 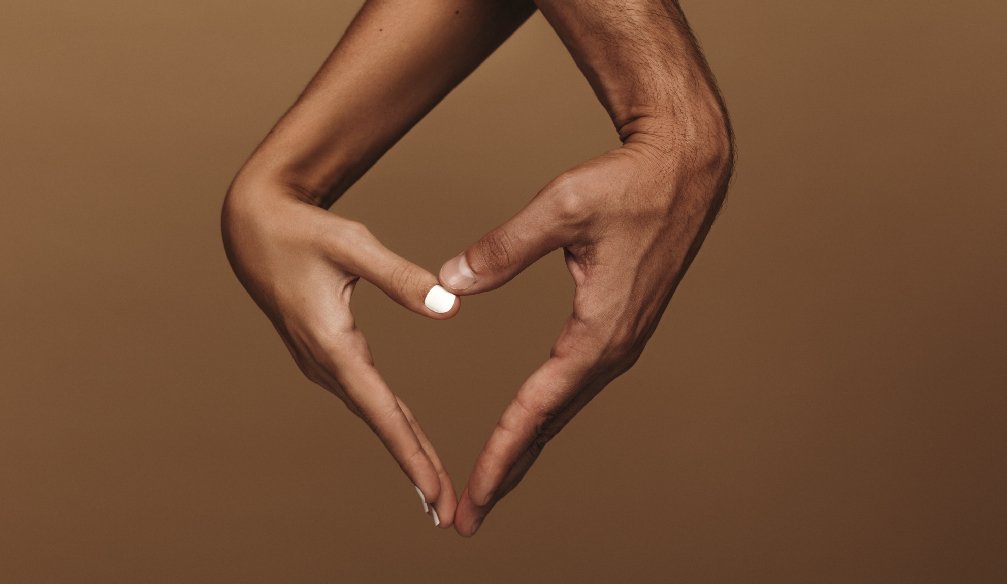 The Main Reason We…

Merriam-Webster dictionary simply defines love as a feeling of strong or constant affection for a person. Although it can be perhaps true, its real meaning remains subjective as it has wide variety of forms such as the familial love, friendly love or Platonic love, romantic love, guest love, divine love and much more.

It is also one of the main subjects of frequent debates, most common theme in the creative arts and a grail for every human being. Its purpose also remains as a mysterious phenomenon to scientists and one of philosopher's driving force in attaining wisdom, thus, after all, we can say that love, fundamentally, is all around us.

As human is being born with sensations and empathy, there is indeed no doubt that we all, for sure, felt, or have been feeling love, but perhaps only in different way, time, place, origin and intentions. Thus, we, even just once, had stumbled upon the thought as to why we love a certain person. But even when the sun has finally found its own set and soon the stunning phase of full moon reigns the dark sky, the definite answer to our inquiry had never come even just an afterthought.

The reason behind is that, once we have learned the very reason why we do love, once it changes, gets lost or gets old with time, it can also be the reason of the end of a relationship. That's why in terms of love, it's okay for us not to fear the unknown, to face it, as the surrealism behind love's reason of existence drives us to crave for its feeling that will never be sated even by time and reason.

Some notable and respectable philosophers have even put forward their own intriguing theories to answer the questions: “Why do humans love? Do we really need it at all?

Based on ancient Greek philosopher Plato, he said that love makes us whole, again. In which we were once whole; a creature with four arms, four legs and two faces. However, soon humans angered the gods, until thunder roared through the sky, lightning struck in an unprecedented power and sliced us all, which made us, ideally, having only 50% of our whole selves. Wherein we therefore love, in pursuit of a partner that is capable of completing us, or, unfortunately, destroy the remaining half of us. 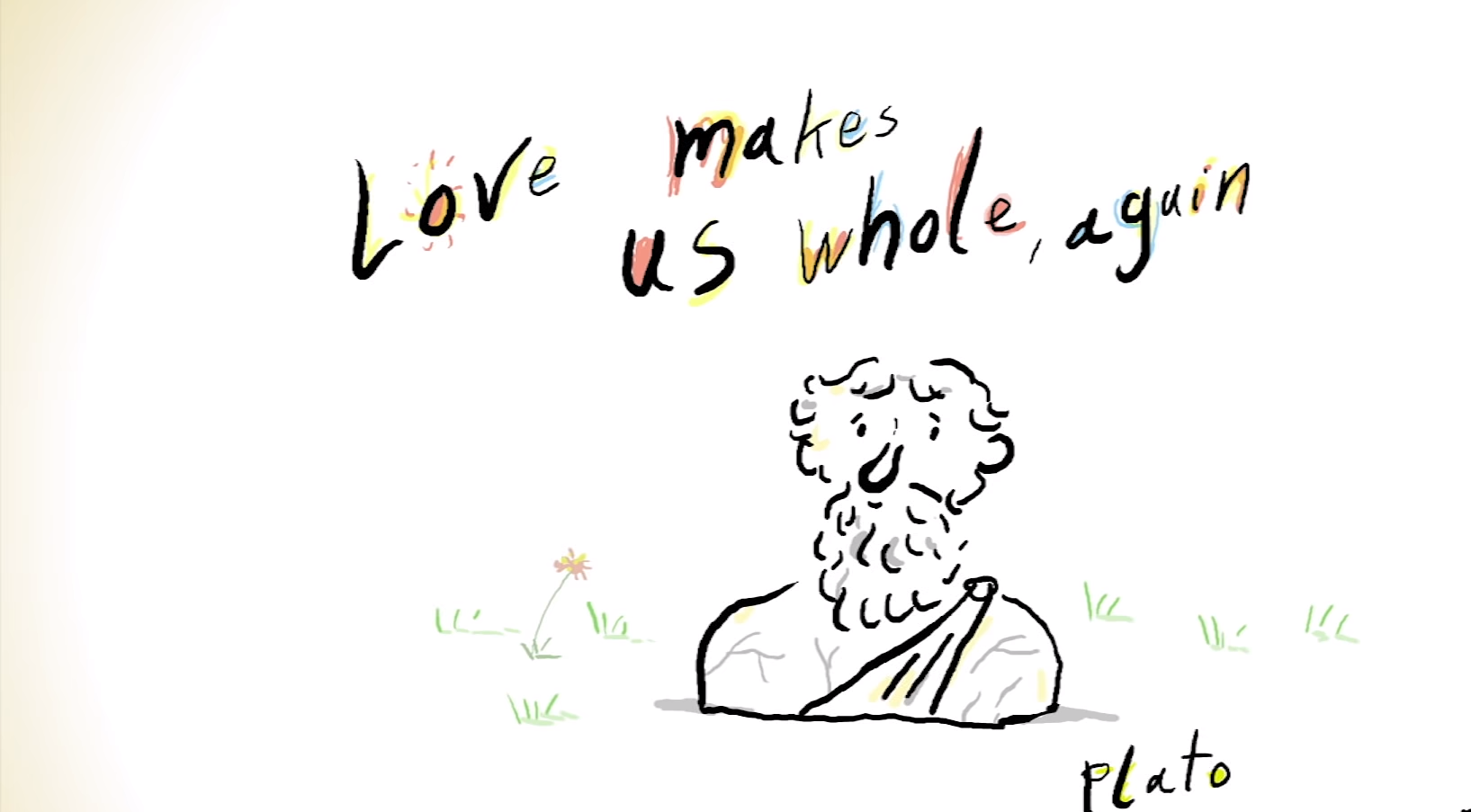 It may be hard to believe as this theory has come from Plato's symposium wherein a comic playwright named Aristophanes told this story to his guest in a dinner party. However, fictitious or not, in reality, it is universally acknowledged truth that some of us are not contented on what we have. We even sometimes love just to disguise our sadness, longing and our desperate attempt to figure out our worthiness, function and just to justify our very existence. However, love isn't that shallow.

So is these truly the reasons why we love? Maybe. However, the thing here is that Aristophanes was in influence with alcohol, in which tells a famous phrase, that 'in vino veritas'.

Anyway, another philosopher named Arthur Schopenhauer suggested his perspective of love that it is associated with procreation. He argued that love's purpose isn't making us happy, or to be whole again or to justify our existence, instead, we're just being tricked by nature and just making ourselves believe that love really does these. In reality, we love, he suggested, for a sole purpose of satisfying our sexual desire that leads to procreation. Here is when loving fusion we seek is consummated in our children, making us, ideally, complete as well.

On the other hand, although science doesn't have concrete evidence on love's purpose, it somehow knows what drives human to feel such. Testosterone of men and estrogen of women, govern lust. Serotonin, adrenaline and dopamine drive attraction. While long-term attachment is governed by the set of hormones and brain chemicals such as oxytocin and vasopressin.

However, we can't fully say that all people want love. The reason might be because they are getting tired of having one, afraid of its consequences, get lost of its essence because of breaking up or just that they are afraid of its idea. Whatever the reason behind, it's their choice and we don't have anything to do with it. Nevertheless, the thing is, they would miss the best feeling you would feel as a human being.

Love is not time-based and not being taught. You can see a couple loving each other, yet, you can't feel their love, unless you try to. However, no book would tell you the best algorithm for a perfect love because there is no such one. If love is perfect, then it is not love at all and not real. True love have imperfections and must have. At certain times, you would feel the ecstasy and sometimes, the agony.

Love is indeed demands to be felt. Either it comes from the heart or from the chemicals of the brain, we can't deny the fact that we live as we love. The process of loving maybe exhausting, uncertain and perhaps painful, but it is much better to love and hurt than not loving at all. Because we know for sure, before we let ourselves fall into the pit of love, we are already aware that what comes after falling is nothing but pain. Who knows, perhaps, that pain is just at the beginning and soon all that we would feel is not sadness, loneliness and longing but only pure love—unhindered, transcendent, selfless and unconditional. Besides, we are not calling love the most magical feeling in the world just for nothing.

“Love was true if it conquered all odds, stayed without reasons, perhaps scarred through mistakes, and grew old with time, but lasted forever.”

Previous article
A Boon or A Bane
Next article
The Day When The Fear Came Back
Popular articles
0 1
Dec 31, 1969
Social Networks
Other Articles