The stories that exude emotions
Writers aren’t born. They are made and improve individually. 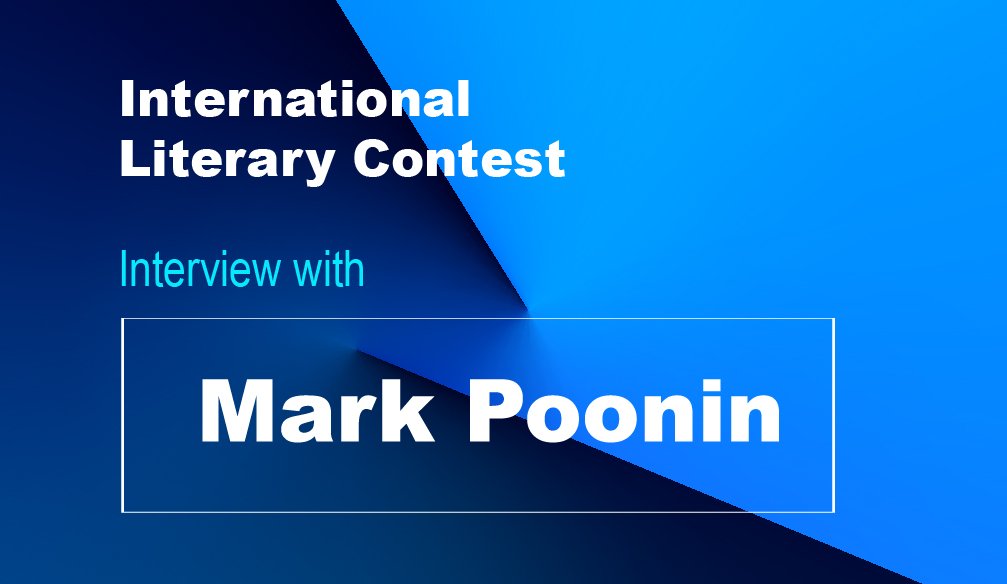 The stories that exude emotions

Tell us about yourself. Where do you live? What is your professional activity, hobbies?

I am Mark Andrew P. Poonin, 19 years old and currently living in Nagcarlan, Laguna, Philippines. I was born on the 6th of February 2000.

I am currently taking bachelor of science in information technology and I want to be a computer programmer someday.

My hobbies revolve around watching films (in fact dreaming of being a filmmaker someday) and reading books, may it be in English or in my own language. Harry Potter is one of my favorite books so far.

Sometimes, having nothing else to do, I write random stories just to kill my boredom, though I’m aware I have never had undertaken a creative writing course. Anyway, I just treat it as one of my way to escape from reality and don’t take it seriously. After all, writing is just for fun as I am more immersed in reading.

How did you know about the contest?

So as my usual routine, I am using Facebook to know what’s happening on my friends and relatives that time. Then, out of nowhere, scrolling the news feed, DB Advisors international literary contest popped up. At first, reading the content, I was reluctant to join and I even thought that it was only for professional writers. But then, finishing the mechanics, and knowing the prize, it has dawned upon me that maybe, why not give it a shot?

Did you have a finished story or you wrote specifically for the site?

As I’ve mentioned earlier, I have been writing stories before. Though I just started writing when I was 17 years old or since 2017.

How long did it take you to work on the story?

Firstly, honestly, the most difficult thing I encountered, harder than the plot itself, writing the story, was the character limit which is only about 5000 characters. As my first step in writing the story is “just get started” or just write it, regardless of the grammar, technicalities, etc. Once I finished, I was shocked that the draft was too long, in fact, 9000+ characters. Therefore, it took me time, specifically, around 3 days to finally end up having around 4000 characters while maintaining the essence and the theme of the story.

Who or what is the source of your inspiration?

Existing for 19 years now, I’ve already read hundreds of different stories of different genres. So I thought, it might be a fresh air to write something that I haven’t read before. I became certain then, that my source of inspiration which kept me motivated writing the story, is no other than the characters themselves. Unlike conventional stories that revolve between human relationships, the relationship between a dog and a human was quite unusual and enjoyable for me to write.

Weren’t you afraid of the big competition?

Of course, I was. Who would not be? Well, my greatest fear in joining this huge competition is my ability in writing a story which isn’t written in my first language. Therefore, I am not even sure that I have written the story impeccably. But at least, I tried.

How did you assess your chances to win?

Reading the 3 main criteria, I focused on the “unpredictable and unexpected ending”. I then think of how can I write a story which culminates in an unexpected twist. Then I finally decided, why not to let the readers assume that the narrator is a human? On how he speaks, thinks and acts. And then, reveal in the last sentence that he is actually a dog? Therefore, I guess, that this is my best card to win, excluding luck.

Where does such a love for literature come from?

My love for literature comes from my acquaintance with the very first book I loved. The Little Prince by Antoine de Saint-Exupery.

What do you write about most often?

I most often write about coming-of-age stories.

What can you advise aspiring writers and those who are just going to become a writer?

Writers aren’t born. They are made and improve individually. There is no such thing as a universal step in writing a good story. I think, I can advise to read first. Broaden your insights and understanding about the world. By these, you can then make up an idea or a concept that serves as the framework of your story. Then write the draft, regardless of how grammatically incorrect may it be. The more important thing is that as long as you write something, make mistakes, but learn from them. As long as the words exude emotion and the characters live as if real and moving. As long as you love what you are doing, I can, therefore, say, that you’re now a writer who does not just aspire, but also, who inspires. Because that’s our main goal as a story-teller.

Previous article
Therapist-writer from the homeland of Disney World
Next article
To write means to spread the magic of literature
Popular articles
0 1
Dec 31, 1969
Social Networks
Other Articles