Therapist-writer from the homeland of Disney World
I was never happier as a child as when I was immersed in a book. 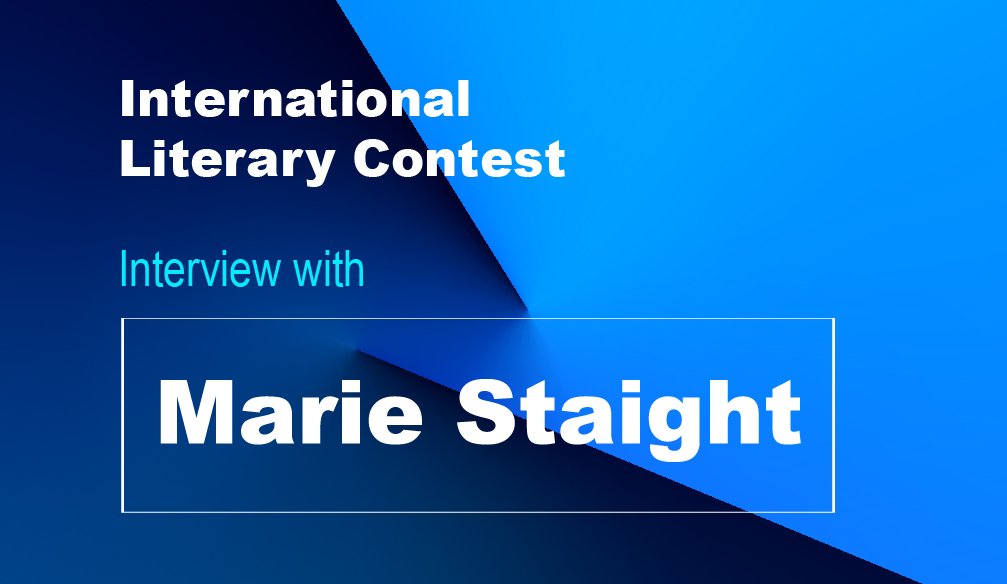 Therapist-writer from the homeland of Disney World

Tell us about yourself. Where do you live? What is your professional activity, hobbies?

Hi! I am Marie Staight. I live in Orlando, Florida, USA – home of Disney World and Universal Studios, where Harry Potter is the King. I am a retired pediatric physical therapist, who came upon writing as a calling in my retirement.  Shortly after publishing my first book, ‘The Peacock’s Tale’, I had the opportunity to start a creative writing class (The Ink & Quill Writing Group) at a senior center in Winter Garden, Florida. I facilitate the group and have had several members publish books since we started about five years ago. I am currently working on a book of poems that I want to publish. I also have a blog about writing in retirement at MStaightwriter.Com

How did you know about the contest?

I found out about this contest through a friend of mine in Germany. She Facebook messaged me about the contest. Since she had read some of my short stories on my blog, she thought perhaps I would be interested in taking part.

Did you have a finished story or you wrote specifically for the site?

I wrote ‘My Queen of Hearts’ as a Valentine story for the ‘Ink and Quill’ writing group I facilitate.

How long did it take you to work on the story?

I wrote the story over approximately a week.

Who or what is the source of your inspiration?

I have to admit JK Rowling was an inspiration to me. Before I retired as a therapist, I participated in a Harry Potter fan website (The Leaky Cauldron.com). I especially was part of The Lily & Stag Reading Group. I soon was asked to become a staff member there. I wrote many articles for that group and later also wrote for a website called Discussion Station.com.

The other source of inspiration for me was Susan Boyle. If she could have the courage to find her voice as an older adult – so could I.

Weren’t you afraid of the big competition?

No, I just thought it would be a wonderful opportunity.

How did you assess your chances to win?

I knew the story I had written was a solid piece, but I have no real expectations of winning such a big competition.

Where does such a love for literature come from?

My parents were big readers. I never saw them without something to read, so I was very influenced by that. I was never happier as a child as when I was immersed in a book. I also was influenced by my High School English teacher who introduced me to a wider world of literature than I had ever before explored.

What do you write about most often?

I love to explore all types of fictional writing – especially short stories. I also experiment with writing poems. I have found I very much enjoy writing children’s short stories besides more adult-oriented stories. On my blog, I not only write about the mechanics of writing, but also share some stories and poems I write.

What can you advise aspiring writers and those who are just going to become a writer?

My best advice is to read, read, and read. You can’t really know what you like to write unless you have some idea about what you like to read. Then experiment with all types of writing when you start to write. Joining a writer’s group is a great way to spur your thirst for writing as well as learn how to write. Having a group that I have to account to twice a month makes me more consistent in writing. One other thing – it is never too late to start writing.