Part 2. 3D of XX century
Once in the Stereokino cinema (the progenitor of modern 3D), I get special glasses from a surprisingly well-groomed lady. 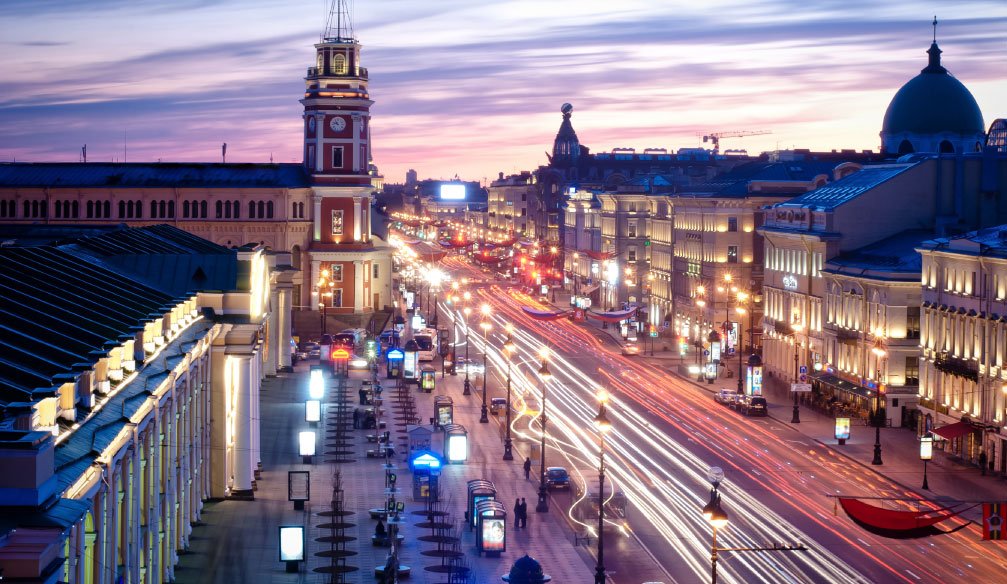 Yesterday, taking a “pen in hand”, I intended to tell you about a very recent global event related to 3D. Suddenly, I did not have time to come to my senses, the association moved me to my past. So my essay “3D of the 20th century” was published.

I came to dream of Nevsky often.

It is dark behind the window.

My lovely town looks at me

The past is over.

I am nostalgic of my home

His song is crushing through the street

In the old days, having flown to my city S, I lingered at the exit on the plane. These were not emotions, but feelings. Born long ago, they come to life in a special way when I arrive in this city. It is a pity, the current comfort, presented to us by technological progress, does not allow me to enjoy the way I enjoyed then. Not having time to set foot on the ground, the song of Alexander Yakovlevich Rosenbaum always sounds in the ears:

"Maybe someone will say the climate is not the same,

But I need that humidity of yours

I became wiser here, and with the city of rains

We're covered in the world of same.

I want to live among canals and bridges…"

I come to the Dokhodny house, into the yard. Once in the Stereokino cinema (the progenitor of modern 3D), I get special glasses from a surprisingly well-groomed lady. She gave them to me so smoothly that I presented her at that moment as an ex-prima of Mariinskiy Theatre. I have a feeling that she is the quivering keeper of the city’s long history. This can only be a native of the city of S, who knows firsthand about the sorrows and joys of the city. Her haircut: dense, despite her age, tightly braided hair, like a crown painting on her head. She reminded me of my grandmother. She gives some peace with the 3D glasses.

The whole face of the woman is dotted with wrinkles, with deep and not very ones. Marbling, however, has already lost its skin elasticity and did not allow them to be so noticeable. Eyes, full of life, or rather, overfilled with life, fascinate. They serve an example to us, young people! Manicured nails, artfully covered with a colorless nail polish, moisturized hand skin. Mid-knee skirt. Nylon stockings. And pumps! What a grandma! A pleasure to watch! Although she does not look like most grandmothers from the same city, who at her age prefer to wear handkerchiefs on their head to hide the gray hair on the thoroughly thinned hair. Old age is still old age. But how attractive it can be!

The woman with a certain rigor and attentiveness of a teacher with experience frankly (however, without the slightest shadow of impudence and envy) examines each viewer. You will not get lost under her view: it demonstrates not an idle curiosity, but human interest to everyone.

Her interest gave a rise to mine... I barely restrained myself from asking her questions. I assured myself that this lady studied at the Smolny Institute for Noble Maidens, the first state higher education institution for the training of girls in Europe. Realizing that it just can't be the timing, I couldn't erase what my imagination had drawn, and I didn't mean to... To this day I didn’t lose faith in the fact that I saw a graduate of the Smolny Institute.

I do not know whether this cute slender lady with immaculate hair is still alive. When I took the glasses from her hands, my keen sense of smell distinguished the extravagance of French perfume from the many smells in the air of the cinema. I even wrote a detailed story of this employee "Stereokino" for myself — she inspired me. Who would do such a thing would understand me. Interesting and useful. I think that a considerable number of viewers have a lady N in their memory as a kind of symbol of "Stereokino".

I learned from the Internet that after the Soviet Union became a history, "Stereokino" was renamed Union. And today it is gone. As they say, nothing lasts forever.