Resurrection of Titanic
...but when the hero DiCaprio shouted, "I am the king of the world!", I shivered. 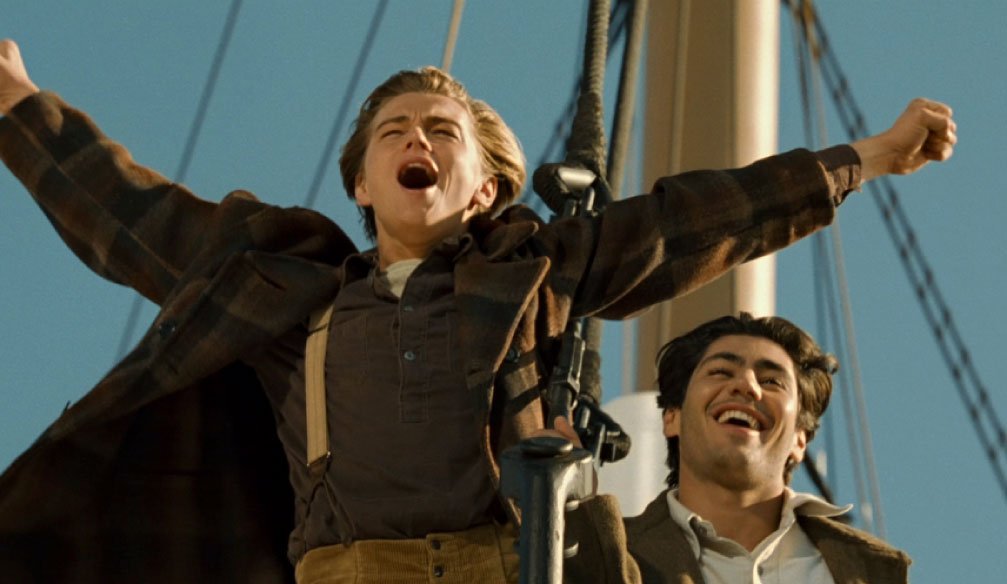 It was on April 15 more than a hundred years ago that the largest passenger liner of the last century sank. As far as I understand, to most of humanity the fact is known from the tape of a sad love story. For example, I see the impressions about the death of the Titanic through the perspective of the film without diminishing the role of my own prism, which is constantly “on”.

After all, it was nothing but the soundtrack of Celine Dion that caused the emotion of the deepest sadness during previous screenings. If you remember, then unknown Leonardo DiCaprio was adored by very many female spectators. I was not among them, but when the hero DiCaprio shouted, "I am the king of the world!", I shivered. As it turned out, the actor improvised. And hit the top ten, as they say!

The fact that the picture of the liner was worth more than the Titanic itself somewhat surprised me when it flashed through the press! It seemed to me that the so-called box-office-ness of the film interrupts the whole range of emotions that it gives the viewer. By the way, few people believed that the film paid off.

Not the fact of the “masterpiece” of the film, recognized by the whole world, made me acclaim the director of the film, but that he made more than ten dives in order to see the liner.

Do you remember how Jack was drawing a portrait of Rose? How much was necessary for all of our real emotions, so that we did not perceive this as actions in the film, but lived all along with the characters, as if being close by them! Then Jack said very naturally: "Get down there, on the bed... uh... on the sofa!" This part was not recast. Actors turned into their own heroes.

Even a fragment of the tree that saved Rose in the film was an exact replica of the fragment that was exhibited at the Halifax Museum. I do not know how about most of you, but I intend to review the film today.

Previous article
Changes in weekly packages
Next article
Part 7. There is a certain particularity in every day
Popular articles
0 1
Dec 31, 1969
Social Networks
Other Articles