Michael Murigi: The Exam is Over
An elegant young man whose role model is Martin Luther. 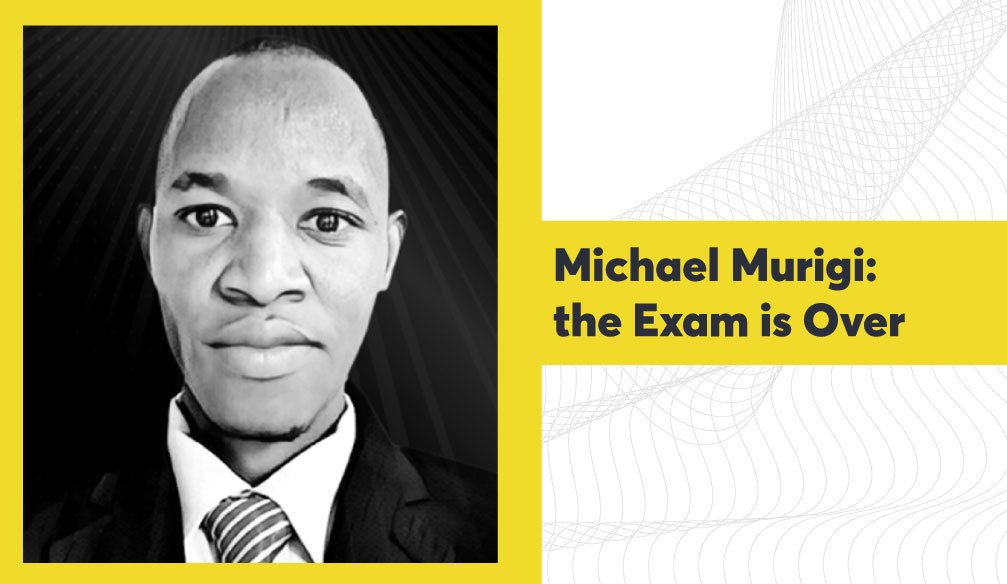 Michael Murigi: The Exam is Over

Today we are meeting an assistant from Kenya in our team.

What is he, Michael Murigi? An elegant young man whose role model is Martin Luther.

We were pleased to be in video contact with Michael. The assistant appeared in a gray suit, very harmonizing with the sunset-pink background. Michael Murigi was somewhat excited. But after a couple of minutes, he relaxed, feeling the comfort in communication. And a smile appeared on his face, exposing his immaculately white teeth.

The name is somewhat frightening: "the exam." Who among us is not afraid of them? First of all, due to the inevitable excitement, you can forget something important. In fact, this is a video call session, where we attach more importance not to what is said, but how it is said. How thoroughly the material is studied, how well it is learned. We judge by completed tests and accomplished tasks. By the way, Michael Murigi completed the task brilliantly. The important thing is that this young man is interested in self-development.

Michael speaks of himself as of a person who is not content with small things, despite the fact that he grew up in a modest family. He, in his early 20s, has the first degree in education and a stable income.

Michael Murigi would turn into a spider-man, had he been given the possibility of reincarnation as a superhero.

He has big dreams. He is ready to help those in need and those who are less fortunate in life.

Previous article
Hoping for a better tomorrow
Next article
Her Love for Buildings
Popular articles
0 1
Dec 31, 1969
Social Networks
Other Articles