Drug and medicine
Is marijuana really that good for some people? 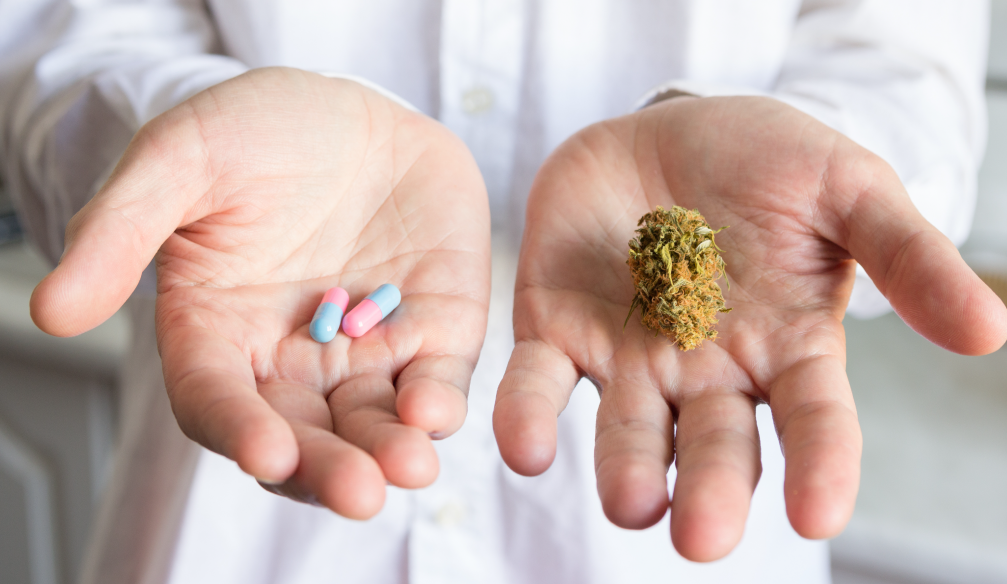 Cannabis legalization: unconditional yes or it harms the brain?

Archaeologists have recently found a 2,700 years old stock of marijuana, so we know that people have been smoking “weed” for thousands of years, but only 20 years ago neuroscientists began to realize how it affects the human brain. The daily consumption of marijuana for four years is associated with some changes in the brain.

How does the legalization fit into this story? Experts believe that it should provide better control over the composition of marijuana and in treating various diseases. Like morphine, marijuana would be used in cancer therapy and other serious illnesses. Cannabinoid, one of 60 marijuana substances, can help patients with incurable diseases and those who have a type of physical and mental suffering. It can’t cure, but it can improve the quality of life of the patient, improve mood, increase appetite and reduce pain. Experts explain that in some ways this is a good option, because some other opiates have many unwanted effects that do more harm and cause more suffering to patients than their own pain itself. “It's important to make a difference between marijuana as a drug and marijuana as a medicine”, says one expert. In order to be legalized for medical purposes, marijuana should be registered in the Medicines Agency.

But is marijuana really that good for some people? University of Texas researchers investigated the effects of marijuana on the brain of an adult using magnetic resonance. The study involved 48 adult marijuana users who enjoyed this plant at least three times a day, and 62 people who did not consume marijuana. The results of the study have shown that chronic consumers have a lower gray mass in the orbitofrontal cortex, which is often associated with addiction in medicine. However, the scientists don’t rule out the possibility that these changes have occurred even before the participants began to consume marijuana. “All we can say is that we have noticed these changes,” researchers said, but there was a reason that experts believe that marijuana is the culprit for these changes. “We also noticed that the younger the respondents were (when they started consuming marijuana), the bigger changes in the brain they have.” It’s also interesting that the changes weren’t noticed in the study participants, who used marijuana when they were between six and ten years old.

Short-term effects
The main active chemical substance is THC (delta-9-tetrahydrocannabinol). When it’s used as a cigarette, THC arrives into the circulation through the lungs, and through the bloodstream it’s transported to the brain and other organs. In the brain, it binds to nerve cell receptors (in the brain parts that are responsible for coordination, thinking, memory, concentration, feeling for time, pleasure and emotion). This is the cause of the “lift” effect, caused by this drug.
People who consume this drug can experience the following short-term effects:
- Difficult thinking and solving problems
- Problems with memory and learning
- Loss of coordination
- Distorted perception
These effects can make some activities (such as driving a car) especially dangerous, when a person is under the influence of a drug.

Long-term effects
The studies have shown that during the long period of frequent consumption, the following side effects can develop:
-  Changes in the brain: Marijuana affects the brain parts that govern the response to: stress, motivation and rewarding. It can also cause a poor flow of blood in the brain.
- Impact on fertility: Studies have shown that ovarian disorders and sperm-producing disorders occur in severe addicts. It is very possible that people who use marijuana too much and often have difficulty getting children in later years. Studies also show that babies whose mothers used marijuana during pregnancy are more likely to have problems in the development and behavior
- Respiratory problems: Chronic cough, bronchitis, permanent respiratory irritation, mucus, occur more often with users of this drug
- Changes in blood pressure: Long-term consumption can lead to increased blood pressure and vertigo
- Emotional problems: People who consume marijuana for the long time have more chance to be depressed than in people who don’t use it. They often suffer from anxiety, and the risk of developing schizophrenia, serious mental illness is also increased.

Other problems that may be caused by this drug:

Most often you can hear that the use of marijuana is a prelude to the use of other drugs. It can’t be said that it’s the direct and only cause, but statistics show that people who use it have 8 times more chance of consuming cocaine and even 15 times more chance of using heroin. Don’t overlook the fact that cultivation, possession and sale of this drug can lead you to a criminal record, which will stay there for the rest of your life, and you will have the problem with a college enrollment and finding jobs.