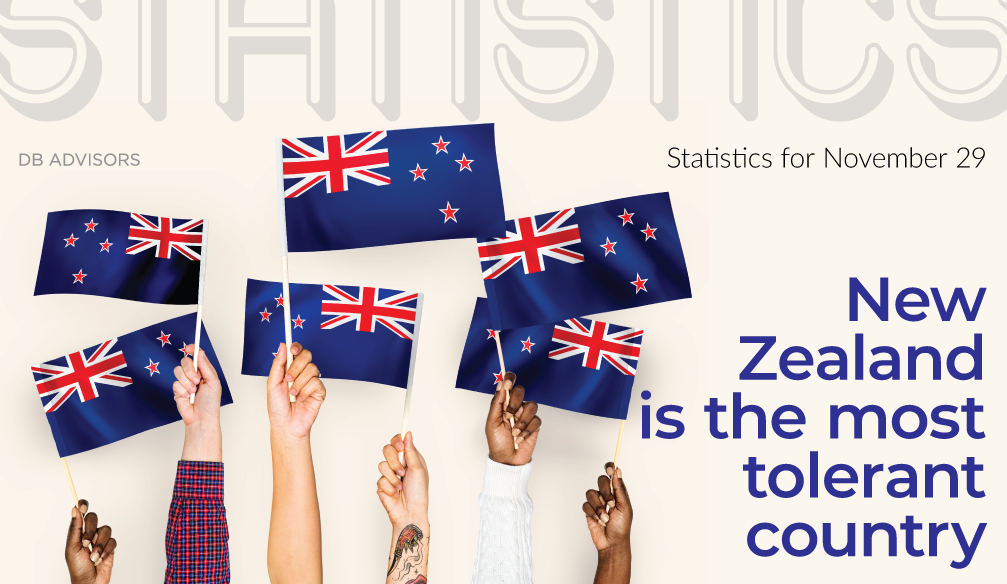 The most tolerant country:

In this debate, 3 out of 4 options were almost equal. The outcome of the vote was decided by the men who voted for "New Zealand" a little more often. So, they gave 84 votes for "Denmark", 88 votes for "Iceland", and 95 votes for the winner. Women chose "Iceland" more often - 56 votes for "Denmark", 62 for "New Zealand" and 63 for "Iceland". By the way, "Ireland" is the only option that received more female votes – 28 against 25 male votes. Interestingly, users over 50 believe that among the three leaders, "New Zealand" is least tolerant. They gave 21.73% of all votes for this country. Denmark and Iceland received 30.43% and 39.13% of their votes, respectively. 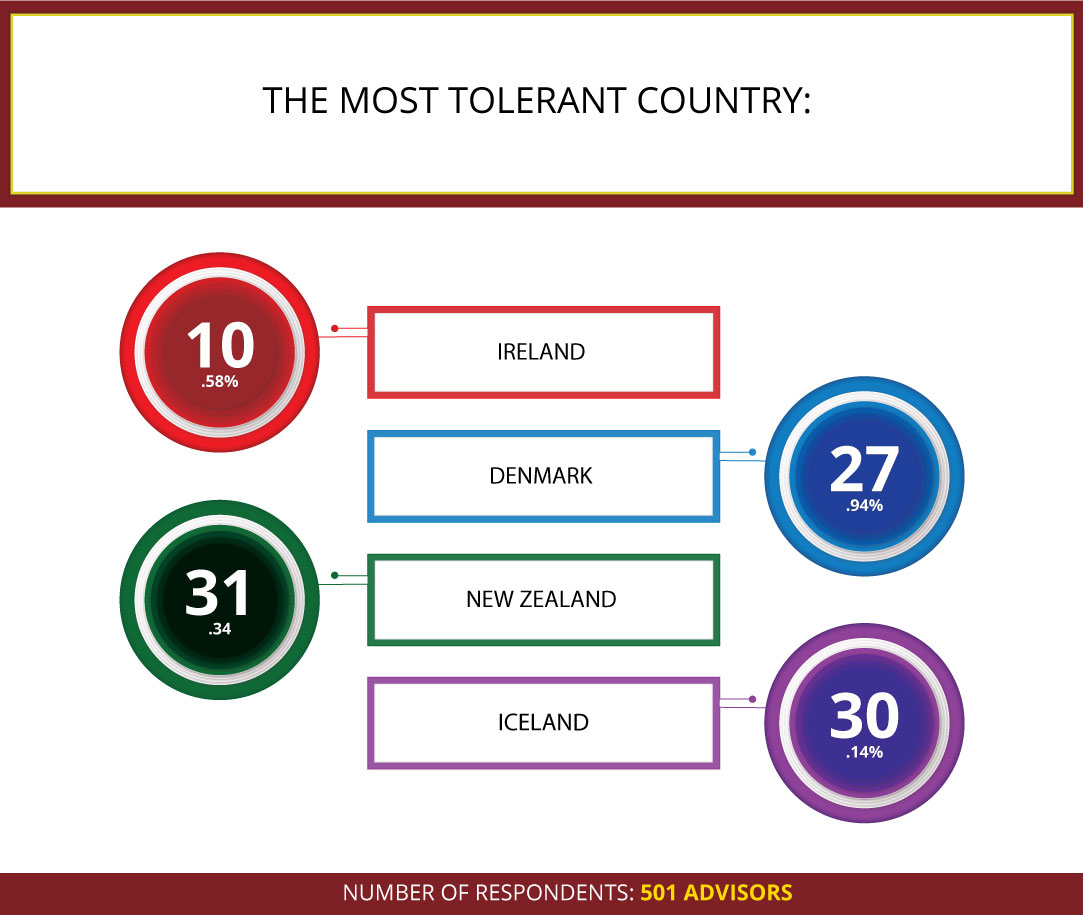 The cause of human aggression:

Men and women are in solidarity with each other and believe that the main cause of human aggression is the result of poor education. Men gave 103 votes (35,39% of their votes) for this option, women gave 83 votes (39,90% of their votes). It should be noted that men more often than women voted for "low culture" – 80 male votes against 52 female votes. A total of 8 women felt that the cause of human aggression is something "other" (men gave 22 votes for this option). Users between the ages of 18 and 25 felt that "low culture" and "constant competition" are equal in this debate – 27.69% of all their votes were given for each of these options. However, they voted for the winning option less - they gave 36.92% of all their votes for "bad education". 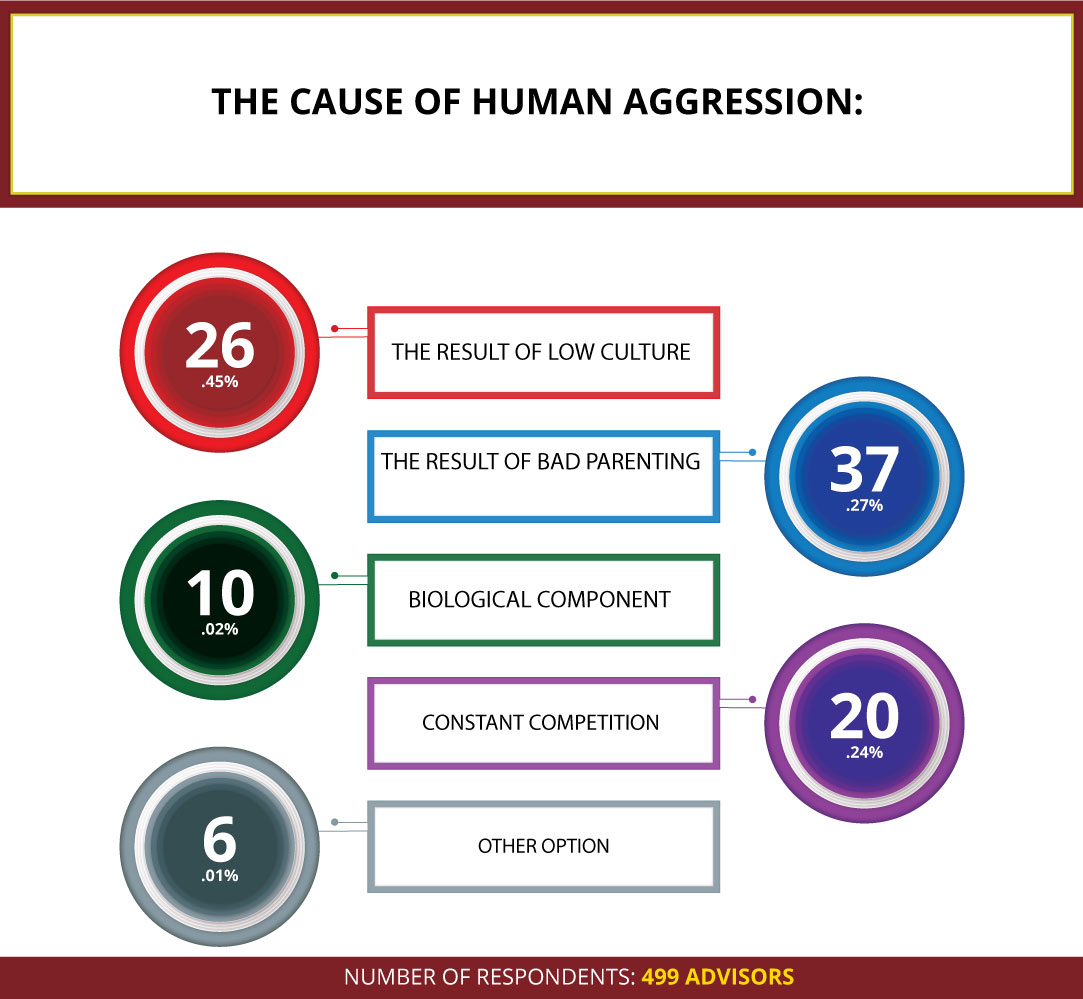 The companies that took the last 3 places scored even less votes than the "silver" winner. In total for "Panasonic", "Bosch" and "Siemens" options were given 130 votes ("Tesla" has received 159 votes). It is worth noting that men are least likely to have chosen the latter two options - 22 votes were given for these options. At the same time, "Bosch" is the only option that women chose more often than men, they gave 25 votes for this company (among which, by the way, there was not a single user over 50). The older generation believed that the best technology brand for investment is "Tesla", they gave 47.82% of all their votes for this option. Users between the ages of 26 and 50 years in "Siemens" option have a total share of 83, 33% of votes. 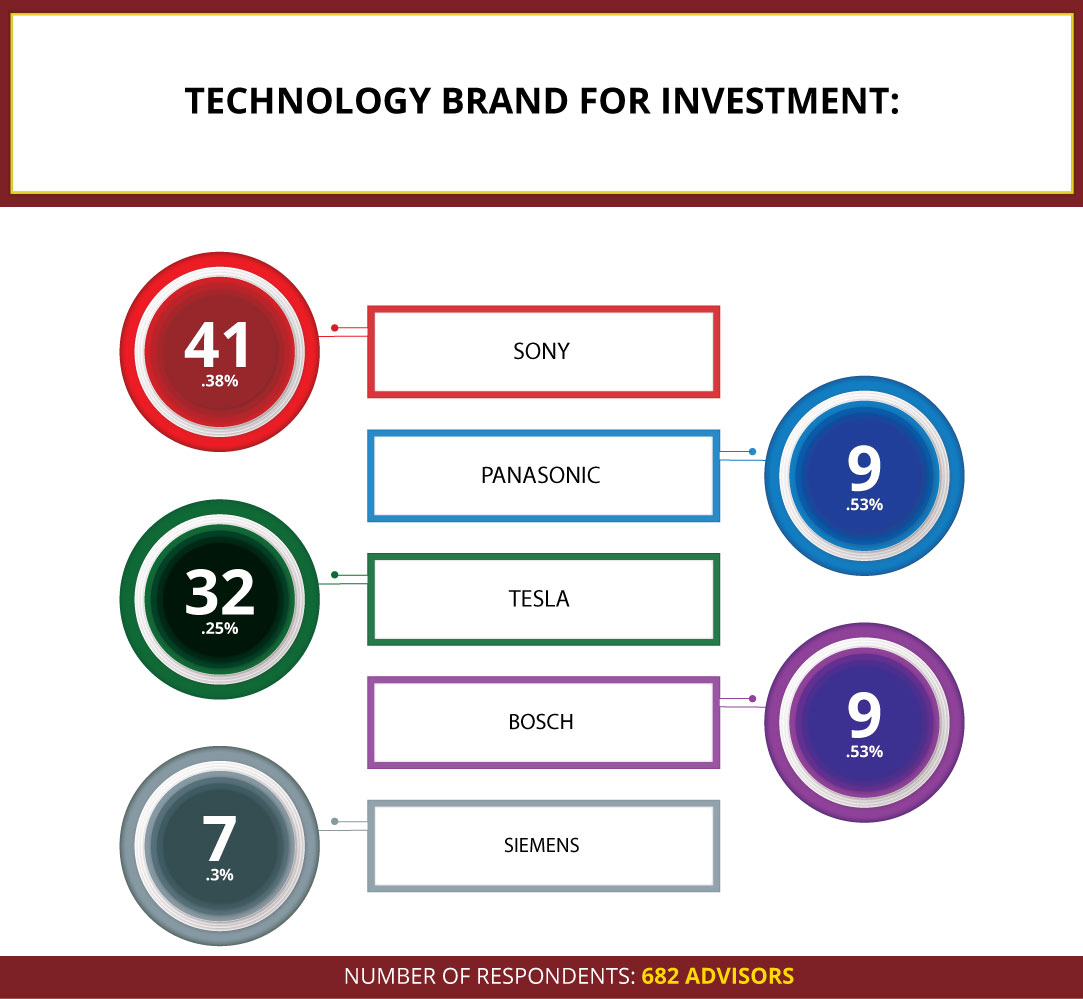 Why to blame genes?

In this debate, "homosexuality" and "impulsiveness" options received the same number of votes, 107 each. At the same time, women voted a little more often for the second option – "homosexuality" received 74 male and 33 female votes, and "impulsiveness" 69 male and 38 female votes. It is worth noting that men rarely voted for "alcoholism" (36 votes), while women have this option at the second place – they gave 40 votes for it. It should also be noted that "alcoholism", despite the fact that this is the most unpopular option, received from users over 50 a significant part of votes-30.43%.  At the same time, young people almost did not vote for this option - only 7.81% of the votes of users between the ages of 18 and 25 were given for "alcoholism". 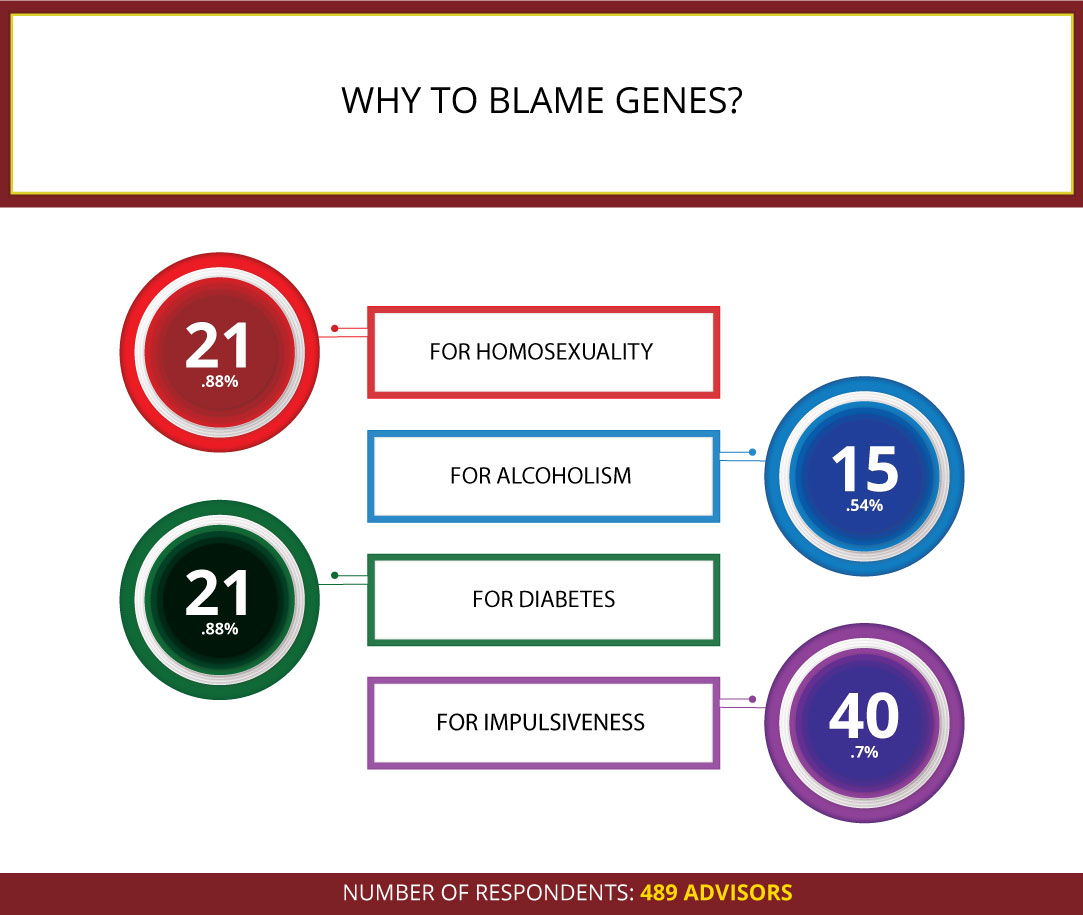 Movies are reflections of events from real life:

Men voted for "They have some facts from real life" more often than for "Most of them, but not all." The first option received 107 votes from them, and the second one - 101. Thus, the winner was revealed thanks to women votes – the first option received from them 72 votes, and the second one - 94. It is worth noting that women have never chosen "no" option, considering that, yes, movies have something from real life. Users between the ages of 26 and 35 often voted for the "silver" winner - 44.82% of all their votes were given for this option (33.62% votes for the winner). Users over 50 did not give a single vote for simple answers "Yes" and "No". But winning options - received from them 47,82% all their votes. 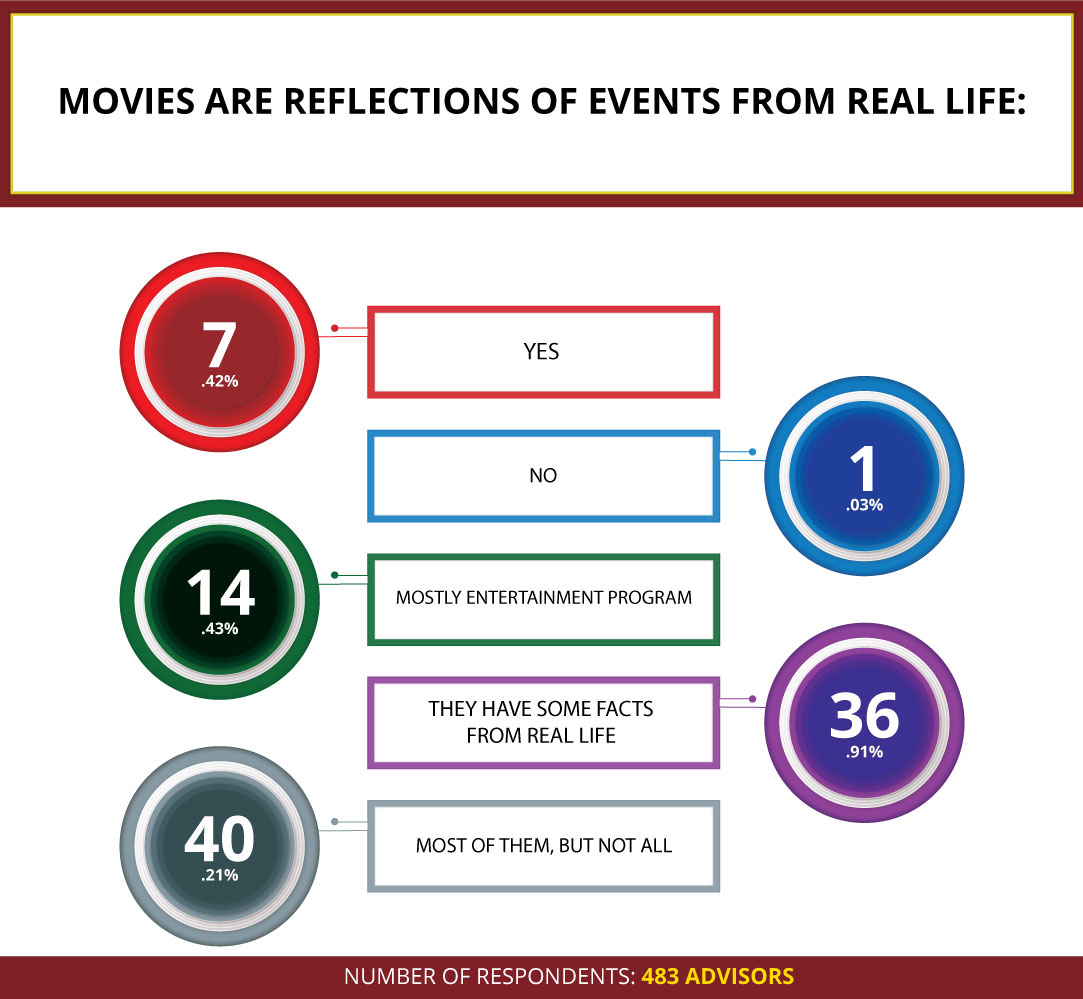 Previous article
Question analysis for November 29
Next article
Why I invest in bonds
Popular articles
0 1
Dec 31, 1969
Social Networks
Other Articles