Statistics for November 22
Men believe that children should know the truth about Santa Claus, while women prefer to tell them this fairy tale. 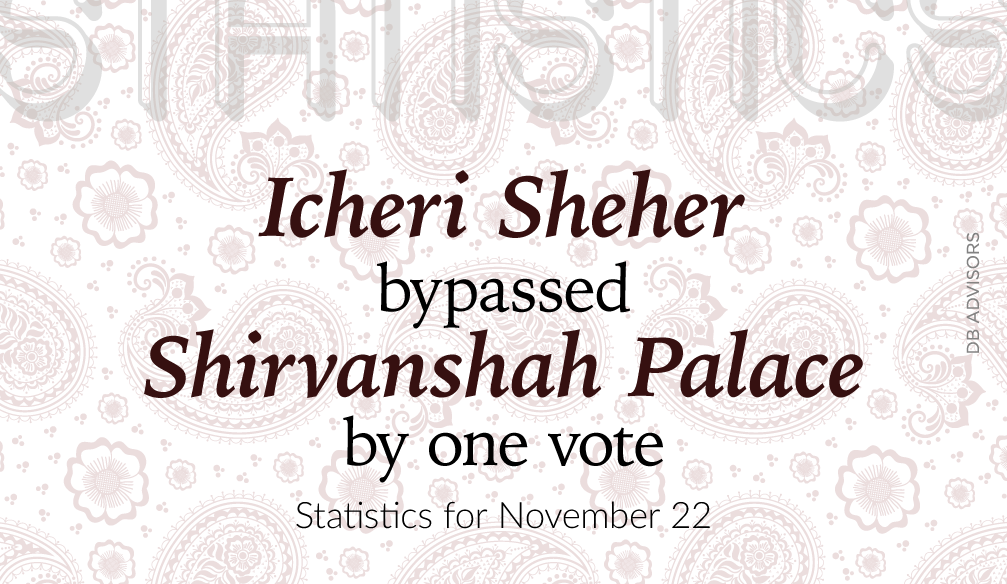 Who speaks all languages?

The winner in this question was determined due to several additional votes from women. Men gave 110 votes for both options, while women voted for "love" 94 times, and 97 times for "God". It is worth noting that only 1 woman chose "wind" option, and "eyes" option received more votes from men – 45 male and 25 female votes were given for this option. Users between the ages of 26 and 35 gave 37.87% of all their votes to the two leaders. The only group that supported "love" option more often is users between the ages of 36 and 50. They gave 42.59% of all their votes for this option (32.40% was given for "God"). 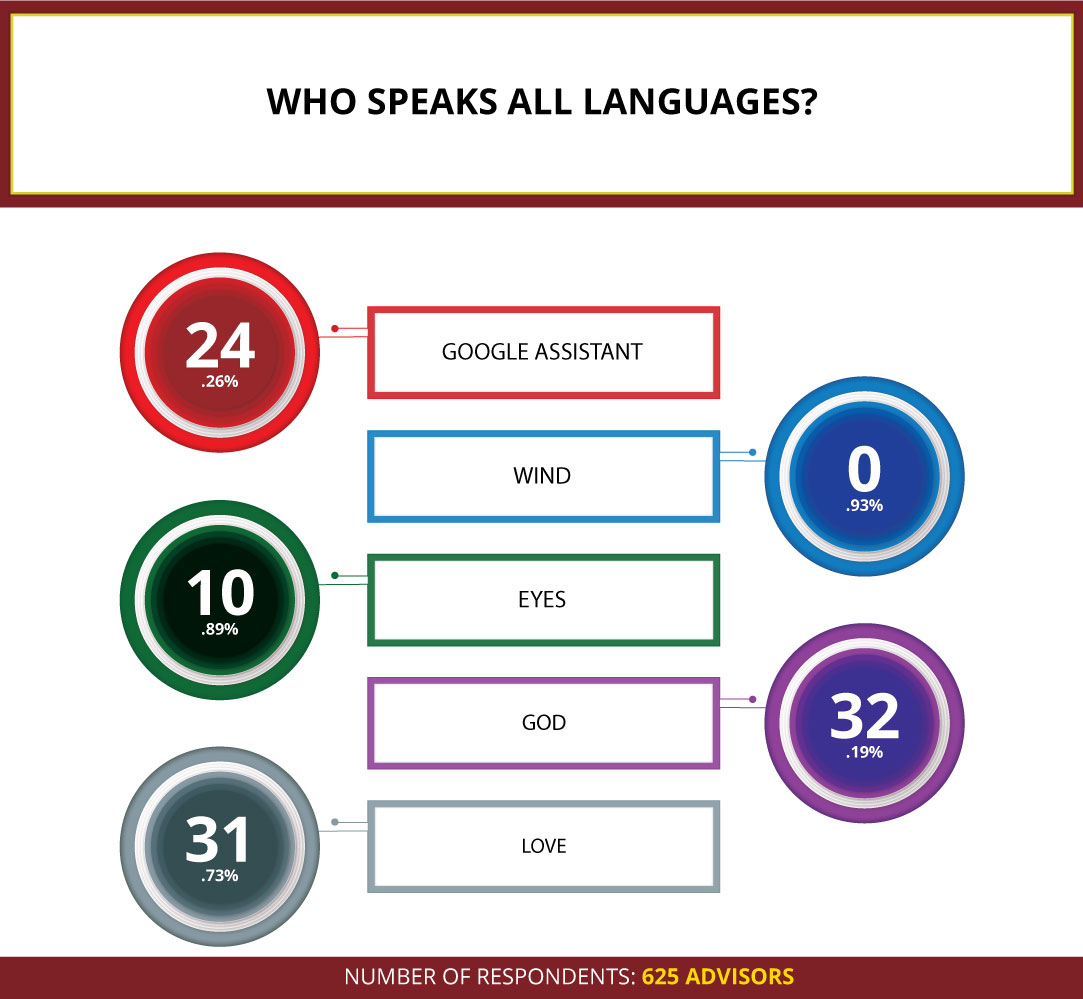 "Microsoft", the undisputed leader, received 54.41% of all male and 56.11% of all female votes. It should be noted that an equal number of men and women voted for "IBM" option - 31 votes from each side were given for this option. The only option that received more women's votes (though only by one vote) is "Verizon" – 8 male and 9 female votes. Users over 50 voted for two options out of 6. "Coca-Cola" received 22.73% of their votes and "Microsoft" - 77.27% of votes. Users between the ages of 36 and 50 gave most of their votes for "Microsoft", the remaining 5 options received from them a total of 40,18% of all their votes. 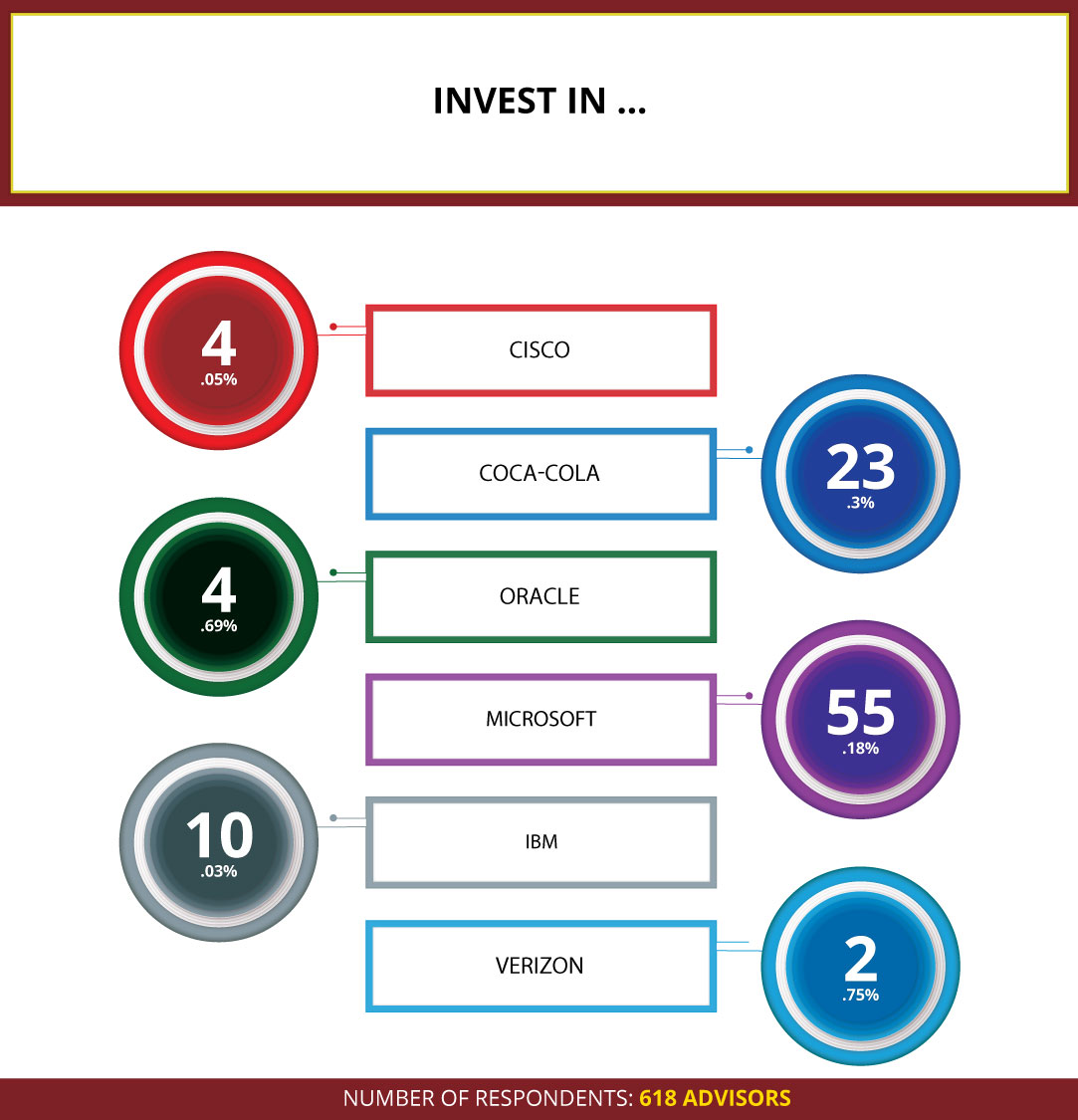 The most popular sight of Azerbaijan - …

The margin of just one vote decided which sight of Azerbaijan is the most popular. 97 male (51.32%) and 92 female votes (48.68%) were given for the Shirvanshah palace. Men and women voted for the Old city Icheri Sheher not so equally - 109 men (57.37%) and 81 women (42.63%) chose this option. The younger generation (between the ages of 18 and 35) often chose the winner-option– they gave a total of 39.44% of all their votes for this option. In turn, users between the ages of 36 and older often voted for the Shirvanshah palace – this option received from them 41.40% of the amount of their votes. 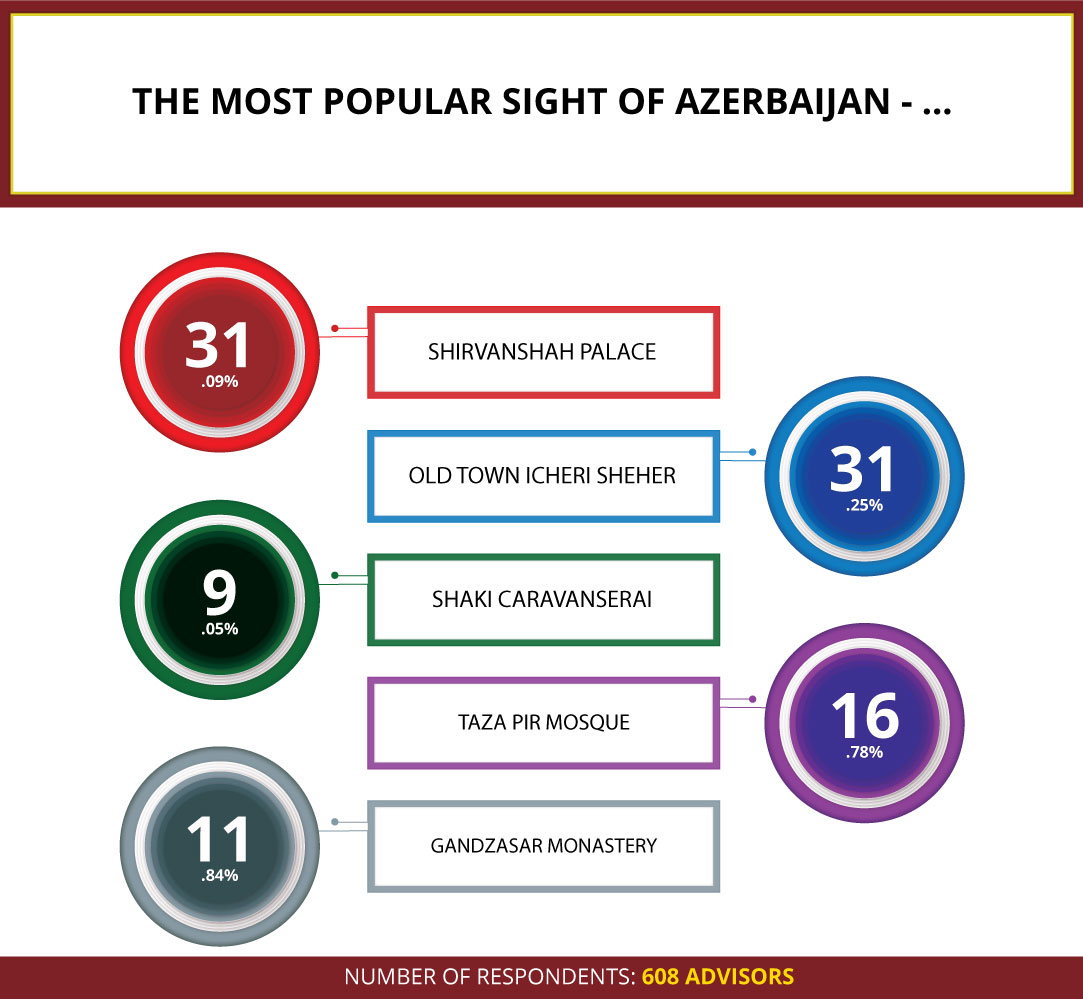 Should children be told that Santa Claus does not exist?

Men often believe that children need to be told the truth about Santa Claus – this option received 96 male (59.26%) and 66 female (40.74%) votes. However, most users often believe that children should believe in a fairy tale –195 male votes (58.55% of all male votes) and 177 female (64.59% of all female votes) were given for this option. Users over 50 gave all their votes for the keeping a fairy tale - children have to believe in Santa Claus. Most of the other options received votes from users between the ages of 18 and 25 - in total they received 40,69% of all their votes. 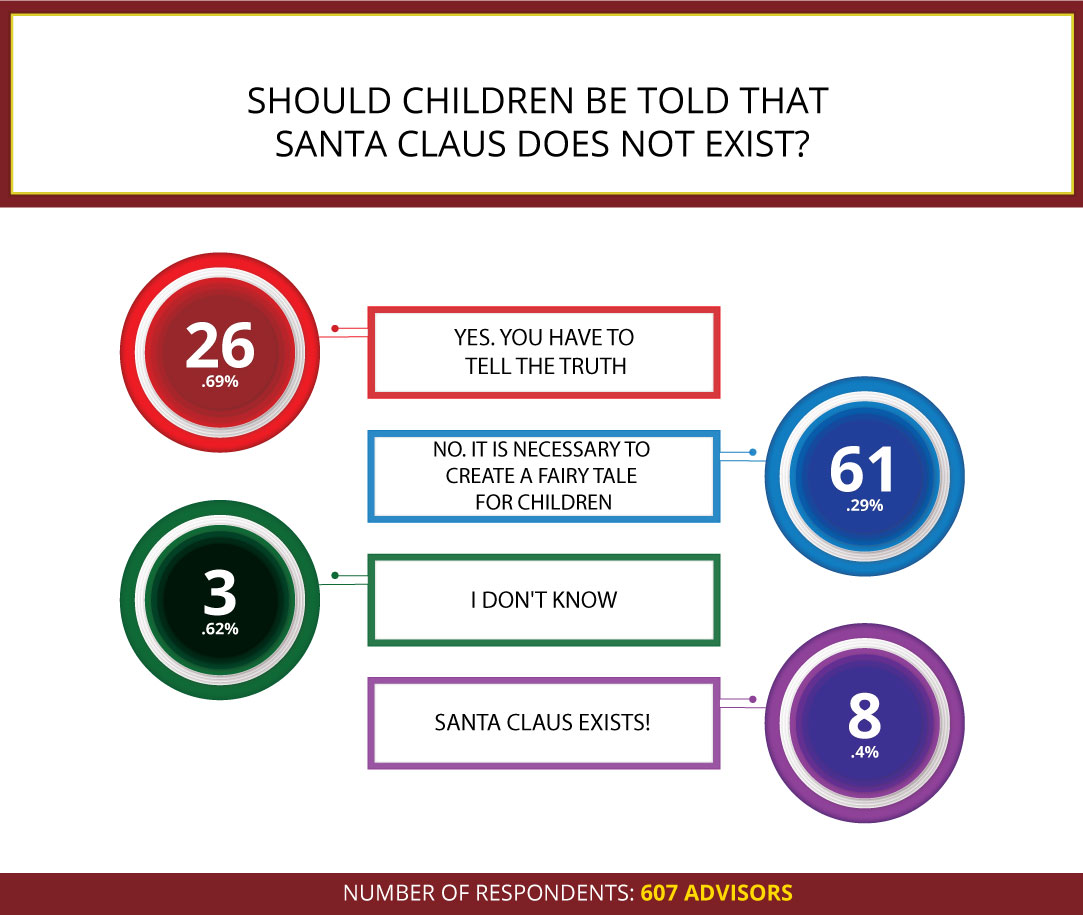 Military toys for children: make them aggressive or teach them to be brave? 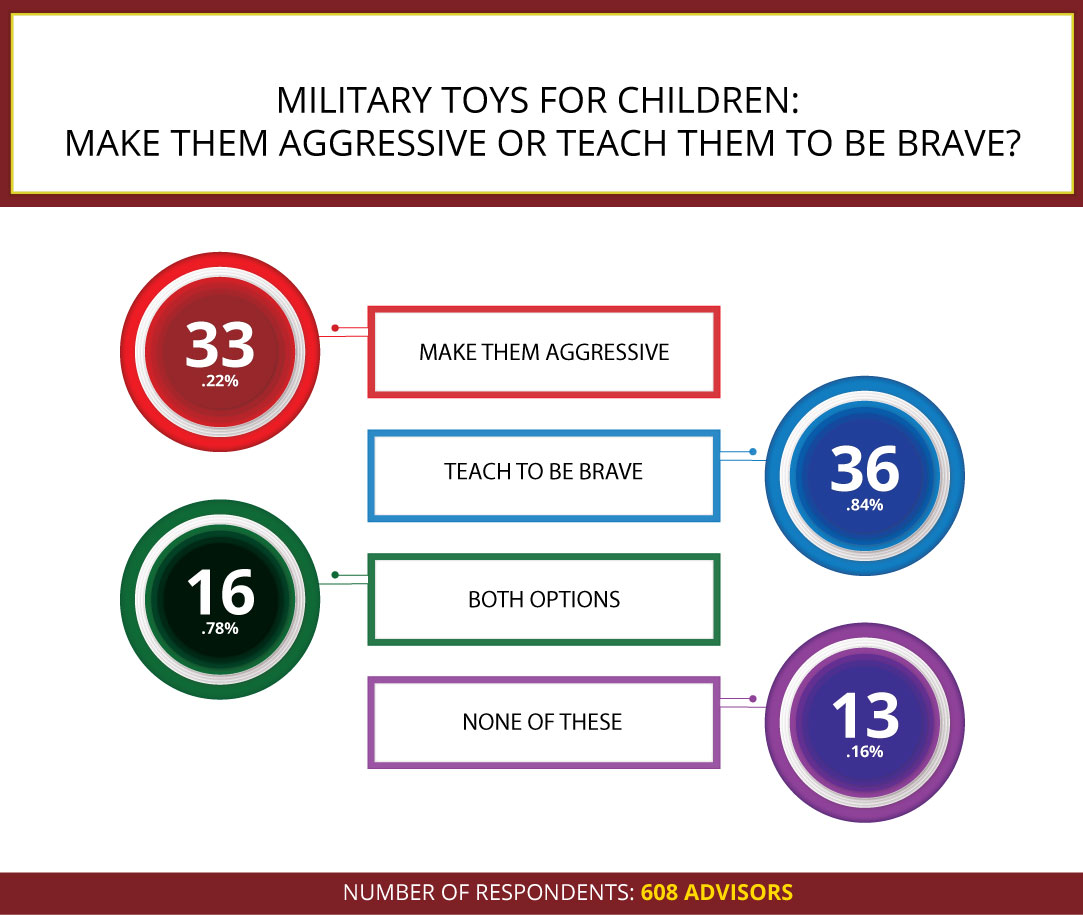 Previous article
Results of 1/8 finals and the start of the quarterfinals
Next article
Costa Rica
Popular articles
0 1
Dec 31, 1969
Social Networks
Other Articles