The coefficient of vital energy
Like any other energy, VQ must first learn to manage. 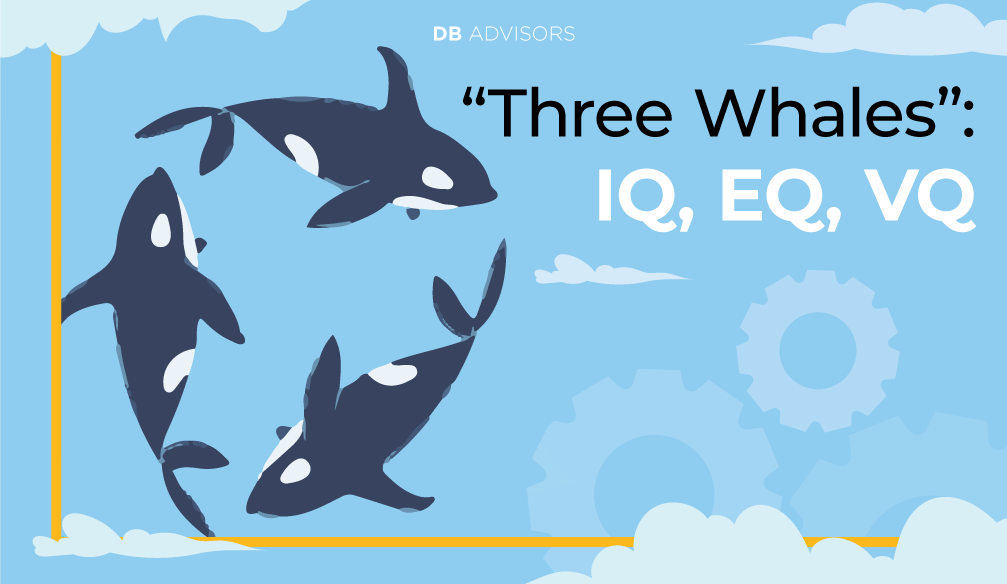 The coefficient of vital energy

You have already known something about IQ and EQ.

But what is Vitality Quotient?

This concept was introduced into administrative practice by French psychologist Pierre Casse.

He determines the ability of leaders to maintain themselves in an energetically charged state and to enthrall those around them.

How is VQ manifested?

Like IQ, VQ is an inherent quality of a person. By nature, there are people who are more passive or more active. The second ones, regardless of their intelligence, are much more likely to become leaders, lead the collective or entire organizations. They constantly strive to improve life around them, they are open to changes, but they are able to control the manifestations of their vital energy and not to behave like dictators.

There are two VQ levels - potential (inherent) and real.

The real level of vital energy is determined by how successfully a person accomplishes the tasks set.

The potential VQ level is manifested in situations where a leader is able to achieve impressive results. There is only one possible way to open your life potential - to do what you love.

The higher the life energy of a person, the more he strives for professional and personal development, for a life awareness and an organic positive influence on others.

Existing VQ assessment techniques are used primarily for medical purposes. However, tools that can be used in the corporate world are gradually emerging.

How to increase the VQ of a leader and a team?

A successful leader is an engine for business that transfers its energy to employees. The main indicator here is the speed of decision-making and implementation in the company.

The higher the VQ of top-management, the more dynamic the management.

Also the task of the manager is to identify and use VQ of subordinates effectively. Highly developed emotional intelligence, which helps the leader to understand the psychological needs of employees and select tasks that allow them to achieve their potential maximally, will be very useful here.

It is necessary to encourage employees who assume decisions and responsibility. Not to blame subordinates in their mistakes, but to turn them into opportunities.

In order to identify employees with a potentially high VQ level, it is necessary to give your subordinates maximum freedom and space for creativity.

How should a leader support vital energy level and help employees in this?

Tools of emotional intelligence come for help: awareness, empathy and relationship management. It is important for a leader to build relationships in the organization. The realization of your colleagues’ emotions is achieved through the awareness and control of their own emotions. And a leader gets access to the impact on them through emotions recognition: inspirational, or, as Richard Boyatzis, the management guru, called it, resonant leadership.

Unlike IQ, it's a trainable skill.

How does VQ level of employees influence company development?

The concept of the vital energy coefficient works not only for individuals, but also for organizations. This is evident from the example of developing companies. The overall VQ level of their employees is consistently high, work is built on the principle of creative freedom and a healthy challenge, and people are motivated not only financially - they really “cheer” for the success of the common cause.

Despite the importance of the vital energy coefficient for the success of the leader and his team, maintaining a high VQ should not be an end in itself. This is only one of the tools to achieve the set business-tasks.

Like any other energy, VQ must first learn to manage, so that it does not create chaos, but increases the potential and efficiency of the whole team.

Previous article
Questions are the answers!
Next article
Always one step ahead!
Popular articles
0 1
Dec 31, 1969
Social Networks
Other Articles