Florence Was a Better Model for Innovation than Silicon Valley Is
Florence reminds us that even devastating events can yield surprising benefits. 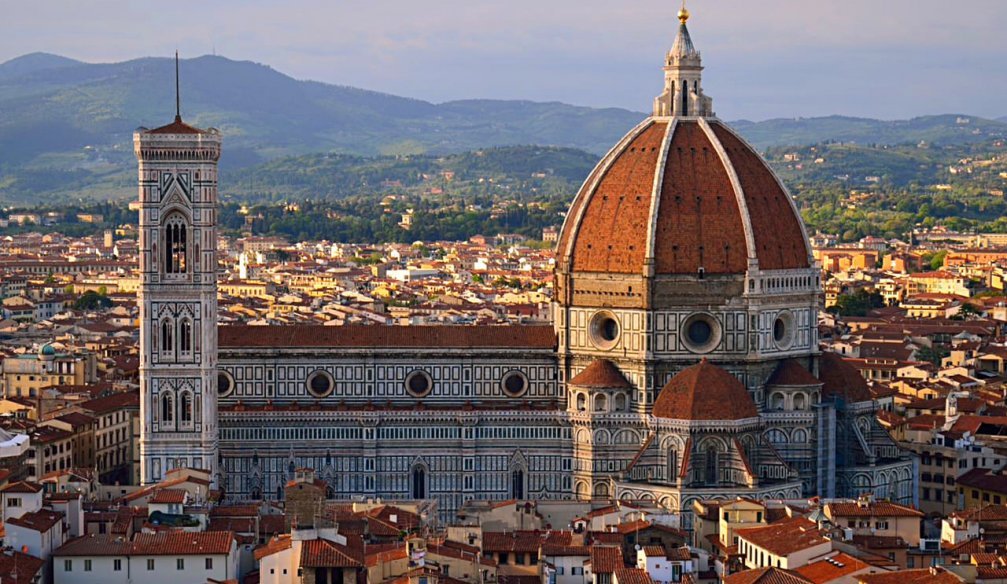 Florence Was a Better Model for Innovation than Silicon Valley Is

Urban planners the world over yearn to replicate the success of Silicon Valley: witness Thames Valley (England) and Silicon Oasis (Dubai), to name just two of these attempts. Invariably, these well-intentioned efforts fail for the simple reason that they’re trying to replicate the wrong model. Silicon Valley is too new, too now, to glean lessons from. Those hoping to launch the world’s next great innovation hub would be better off looking to an older, even more remarkable genius cluster: Renaissance Florence. The Italian city-state produced an explosion of great art and brilliant ideas, the likes of which the world has not seen before or since. This hothouse of innovation offers lessons as relevant and valuable today as they were 500 years ago. Here are a few of them.

Talent needs patronage. The Medicis of Florence were legendary talent spotters, leveraging their wealth with selective generosity. That was especially true of Lorenzo Medici, better known as Lorenzo the Magnificent. One day when he was strolling through the city, a boy not more than 14 years old caught his eye. The boy was sculpting a faun, a figure in Roman mythology that is half man, half goat, and Lorenzo was stunned by both his talent and his determination to “get it right.” He invited the young stonecutter to live in his residence, working and learning alongside his own children. It was an extraordinary investment, but it paid off handsomely. The boy was Michelangelo. The Medicis didn’t spend frivolously, but when they spotted genius in the making they took calculated risks and opened their wallets wide. Today, cities, organizations, and wealthy individuals need to take a similar approach, sponsoring fresh talent not as an act of charity, but as a discerning investment in the common good.

Mentors matter. In today’s culture, we tend to value youth over experience and have little patience for old-fashioned learning models. Ambitious young entrepreneurs want to tear down the corner office, not take lessons from the people in it. However, the experience of innovators in Renaissance Florence suggests this is a mistake. Some of the greatest names in art and literature willingly paid their dues, studying their craft at the feet of the masters. Leonardo da Vinci spent a full decade — considerably longer than was customary — apprenticing at a Florentine bottega, or workshop, run by a man named Andrea del Verrocchio. A good artist but a better businessman, Verrocchio surely spotted the burgeoning genius in the young artist from an “illegitimate” family, but he nonetheless insisted Leonardo start on the bottom rung like everyone else, sweeping floors and cleaning chicken cages. (The eggs were used to make tempera paint before the advent of oil.) Gradually, Verrocchio gave his charge greater responsibility, even permitting him to paint portions of his own artwork. Why did Leonardo stay an apprentice for so long? He could easily have found work elsewhere, but he clearly valued the experience he acquired in the dusty, chaotic workshop. Too often, modern-day mentoring programs, public or private, are lip service. They must instead, as during Leonardo’s time, entail meaningful, long-term relationships between mentors and their mentees.

Potential trumps experience. When Pope Julius II was deciding who should paint the ceiling of the Sistine Chapel, Michelangelo was far from the obvious choice. Thanks to the Medici patronage, he had become well-known as a sculptor in Rome as well as Florence, but his painting experience was limited to small pieces — and little in the way of frescoes. Still, the pope clearly believed that, when it came to this “impossible” task, talent and potential mattered more than experience, and he was right. Think of how much that mindset differs from what we do today. We typically hire and assign important tasks only to those people and companies who have previously performed similar jobs in the past. A better approach might be to take a page from Julius II and assign difficult tasks to those who don’t seem like the best fit but who can succeed (often in a more innovative way) because they have demonstrated excellence in another field. We need to bet on more dark horses like Michelangelo. Is it risky? Yes, but the potential payoff is enormous.

Disaster creates opportunities. Florence reminds us that even devastating events can yield surprising benefits. The city’s Renaissance blossomed only a few decades after the Black Death decimated the city, and in part because of it. Horrible as it was, the plague shook up the rigid social order, and that new fluidity led directly to artistic and intellectual revolution. Likewise, Athens flourished after it was sacked by the Persians. A period of upheaval almost always precedes a creative awakening. Innovators must internalize this lesson. They need to constantly ask themselves, “What good can come from this? Where is the opportunity hidden amid the distress?” Consider Detroit’s attempt to remake itself into something other than Motor City as car industry employment declined, or New Orleans’s slow but steady efforts to rebuild after Hurricane Katrina. Don’t aim to restore some glorious — and likely illusory — past. Instead, leverage catastrophe to create something entirely new.

Embrace competition. Renaissance Florence was rife with rivalries and feuds. The two giants of the age, Leonardo and Michelangelo, couldn’t stomach one another, but perhaps that’s what propelled them both to produce such fine work. The decades-long feud between Lorenzo Ghiberti and Filippo Brunelleschi had the same effect. When Brunelleschi failed to win the commission to build the Gates of Paradise in Florence, he traveled to Rome to study ancient structures, like the Pantheon, then brought those lessons home to build the city’s iconic landmark, the Duomo. The Florentines appreciated the value of healthy competition. We’d be wise to do the same, recognizing that both “winners” and “losers” benefit from it.

Seek out and synthesize ideas. Florence was not exactly a democracy, but its leaders recognized the importance of injecting fresh faces, and ideas, on a regular basis. For instance, the bylaws of the Opera del Duomo, the committee that oversaw construction of the now-iconic cupola in the city center, demanded that leadership change every few months, no matter how well the group was performing. They knew that nothing torpedoes a creative endeavor as quickly and thoroughly as complacency. The Florentines (and especially the Medicis) also looked to different cultures and the past for inspiration. They dispatched emissaries far and wide in search of prized ancient Greek and Roman manuscripts. This was not cheap — a single book cost, in relative terms, as much as a car does today — so every acquisition was carefully weighed, its potential value patiently considered. They recognized that innovation involves a synthesis of ideas, some new, some borrowed, and there’s nothing wrong with that.