Zabivaka the Wolf vs. Fuleco the Armadillo
The vast majority voted for the cute wolf cub from Russia and the Brazilian Fuleco managed to toll only 20.1% of the votes. 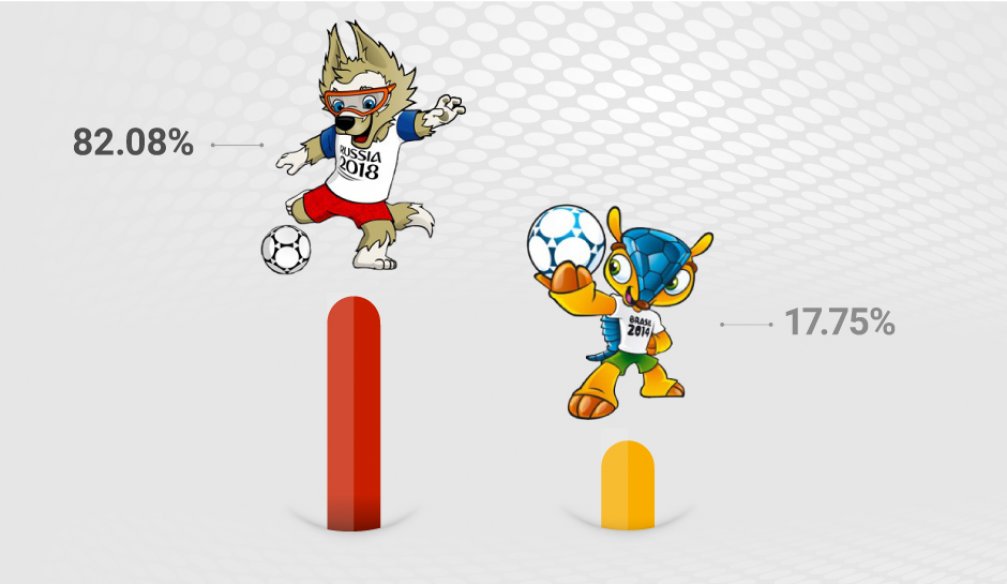 Every football championship has its own “supporter” represented by a mascot. It may be an animal, a person or even a fictional character. A mascot is a symbol, reflecting all the specific details of the hosting country. The 2018 Football Championship is also no exception to the rule and will be supported by Zabivaka the wolf cub. The previous championship, held in 2014, also boasted a very interesting mascot – Fuleco the armadillo. The research center of our project decided to hold an interesting comparative survey and find out which one of these mascots the majority likes more. The vast majority voted for the cute wolf cub from Russia and the Brazilian Fuleco managed to toll only 20.1% of the votes. Creating a mascot is not done in a day, it has a story with several stages. And finding a really successful and interesting mascot demands much time and efforts.